A Swim in the Park is a story from our friend David.

David Pu'u is a K38 alumni and also a friend. He has chronicled many of a K38 Way of Training course through his lens.

He is a professional photographer and husband to Donna Pu'u who owns Betty Belts which is also my jewelry sponsor. Both of these humans are outstanding representations of what is right in humanity. 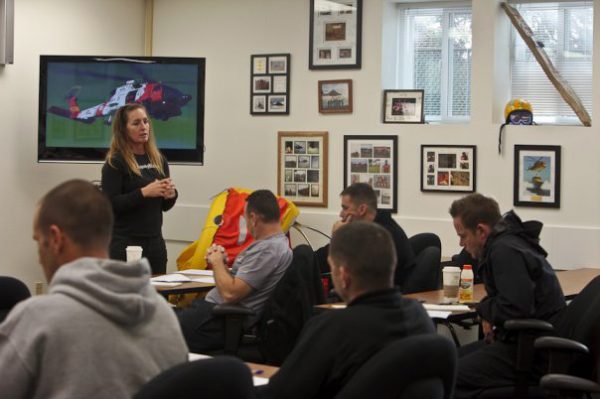 I found myself in a wary mindset as the Air Alaska jet lifted off an Arizona runway. Shawn Alladio and I watched the desert recede below us. We are both speed junkies, so found ourselves smiling as we accelerated into the blue morning sky on the last leg of our flight to Portland Oregon.

We were enroute to Astoria and our ultimate destination, the USCG Station at Tongue Point. Shawn sometimes invites me along as she engages her job as head of K38 Rescue, a global ocean safety and training organization, which is an internationally recognized specialist in PWC (personal watercraft, aka jet ski) operations. 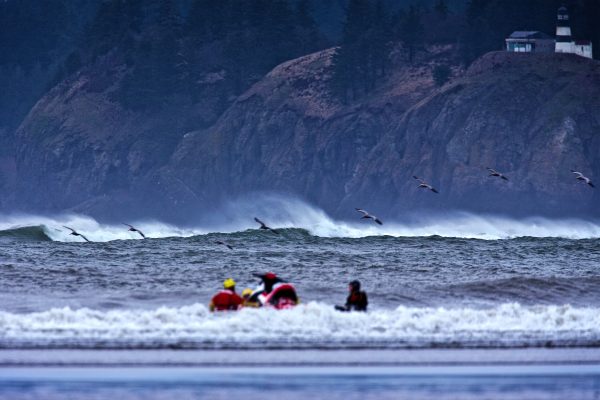 This week, Shawn was on assignment to work with the USCG STAN Team, which consisted of Five Advanced Rescue Swimmers who were building a course for the USCG on PWC operations, a new direction for the Coast Guard.

I was wary, because I knew we would be working in the Colombia River foul area off Cape Disappointment which is a series of sand bars in open ocean. I also had seen the film The Guardian, which was shot where we were going, and which documented the life and death of one of the best Advanced Rescue Swimmers ever. Then there are the countless videos of Rescue Boat training I have watched, which were filmed there.

The Bar is an infamous and legendary training ground for the CG. It would be cold, have weather, and the conditions would be whatever the Northern Pacific decided. Knowing the ocean. I was thinking about this. The proverbial running into the pit, with the best watermen and operators in the world as they acquired new skills.

Shawn has mentored me well over the years. My deep understanding of the ocean and skill in it were morphing as age is want to do to one. And here I was, seated alongside a woman who would be supervising the elite of our country’s rescue personnel. I guess that is why I would call this an adventure: some unknowns existed, and conditions could be anything.

To read the rest of the story please go to:

A Swim In The Park